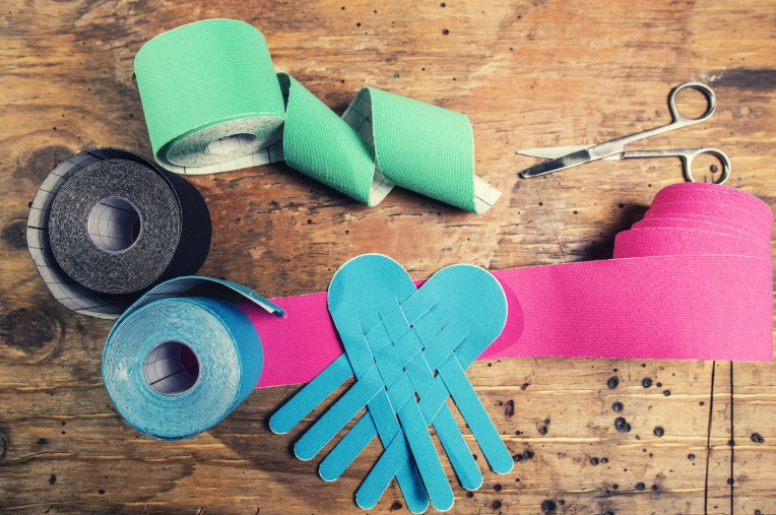 SportsInjuryFix.com Director Mike James is well versed in the use of Kinesiology tape or K- tape. Having used it for over a decade in clinical practise in the UK Military, The NHS, private practise and occupational health. He has taken the time to discuss the evidence and his thoughts on when it should be used and how he clinically reasons when to apply it.

A confession to kick things off

I think its only fair and appropriate to state from the out set that I use K-tape. When practising as my alter ego “The Endurance Physio”, I use it quite a lot. I have taught courses for people in the application of it and I have shown many people how to self-apply it. But, do I use it every day?......no, do I consider using it with every patient?...... Nope…..absolutely not. Are there times when I think it could be detrimental or disadvantageous to a patient or athlete to use?......definitely.

Before elaborating on the above, allow me to take a step back and discuss the origins and the big debate that continues to rage on K-tape………….

Anyone who plays sport or performs regular exercise will undoubtedly have witnessed the boom of the bright coloured, extravagantly designed tapes that adorn athletes from the local park run to the highest levels of professional sport. 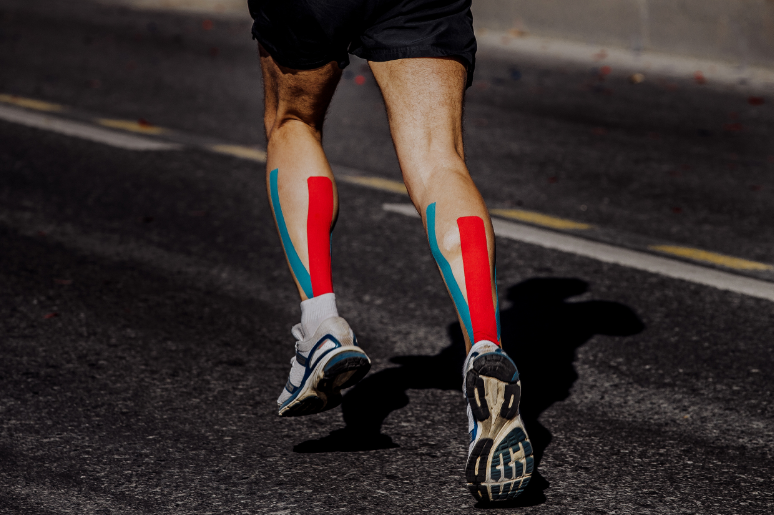 However, many may be surprised to learn that it has been around since the 1970’s. It gained incredible coverage and exposure following the 2008 Olympic Games in which it was donated to 58 countries competing in Beijing and has maintained its popularity across a plethora of sports ever since.

K-tape has been around for some time now and certainly seems to have survived beyond fad status, becoming a popular treatment adjunct within sporting, general healthcare and a sedentary population for many common aches and pains.

However, it remains a controversial topic that within therapist discussions definitely divides opinion. As with all treatments, it has its hardcore advocates as well as some very respected and credible critics who propose that any and all effect is a result of a heavy dose of placebo and a good sales pitch from a therapist.

The debate rages regarding the clinical effectiveness of the tape and indeed, its actual versus proposed mechanisms on the human body. It is fair to say that much of what we previously believed may be occurring as a result of the application of the tape have failed to provide sufficient high-level evidence to support the proposed theories. Unfortunately, some continue to advocate and promote these outdated beliefs, whilst a high-profile lawsuit settlement by a well-known brand for alleged false advertising has added fuel to the naysayer’s fire. 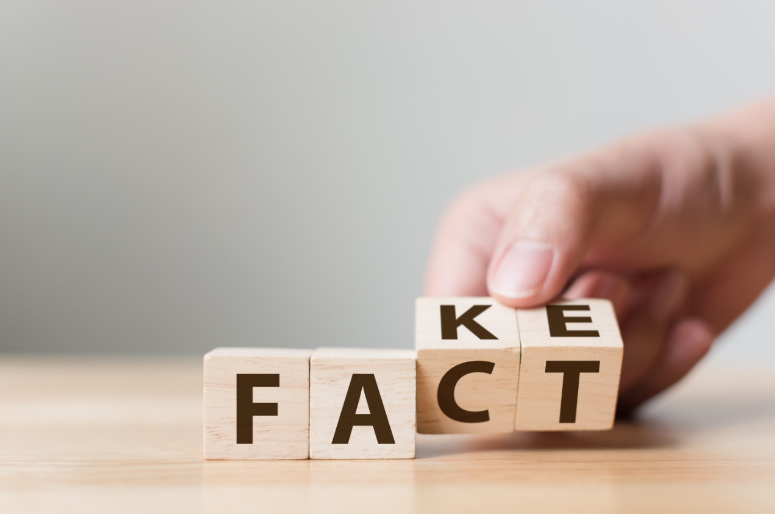 Little robust evidence exists on the effects of the tape on many factors such as muscle function, pain and inflammation, and largely, exactly how the tape works remain unproven.

Current theories have stepped away from the promotion of blood flow and musculoskeletal changes due to the application of tape and focus more on the possible effects of the tape on the central nervous system.

So, whilst the industry understands the need for further research and investigation, anecdotally, therapists and athletes, patients and clients worldwide report varying levels of success following the application of the tape.

So should people use tape? Is it good or bad? Does it have a place in modern healthcare and sports injury management?

Firstly, I think it pertinent to reinforce the fact that limited function and pain caused by significant trauma or injury cannot be helped by the simple application of tape. If the application of tape DOES help significantly reduce severe pain, then the injury and / or pain is very unlikely to be a result of significant injury. If tape does not help reduce pain and increase function then other factors should take priority such as clearing red flags, load management, global assessment and a progressive regime to return to function as the injury settles.

Some of the strongest arguments against the use of K-tape propose an over reliance on the tape, a so called “crutch” or coping mechanism and the promotion of a sense of fragility within the user. In the athletic population, a sense of dependence that can lead to the mindset of “I can’t compete without it” is often the fear of the therapist when considering the application of tape to a performer or patient.

However, sound understanding of the person as a whole, understanding their beliefs and values will allow the therapist to make the judgement of whether taping this person is appropriate. That may be an absolute decision or a caveated decision, an agreement possibly with the person that the use of the tape is to compliment a different aspect of treatment or prevention.

Perhaps the strongest argument against the use of tape, and the one I feel drawn to the most, is the issue of using tape instead of a treatment or strategy that will be more beneficial and more relevant. That may be education, strength and conditioning, management of training load or work factors for example. And to this, I feel there is no defence. Even in the most reasoned use of K-tape, these factors must dominate the reasoning and treatment process. K-tape should NEVERbe a stand alone treatment in my opinion. 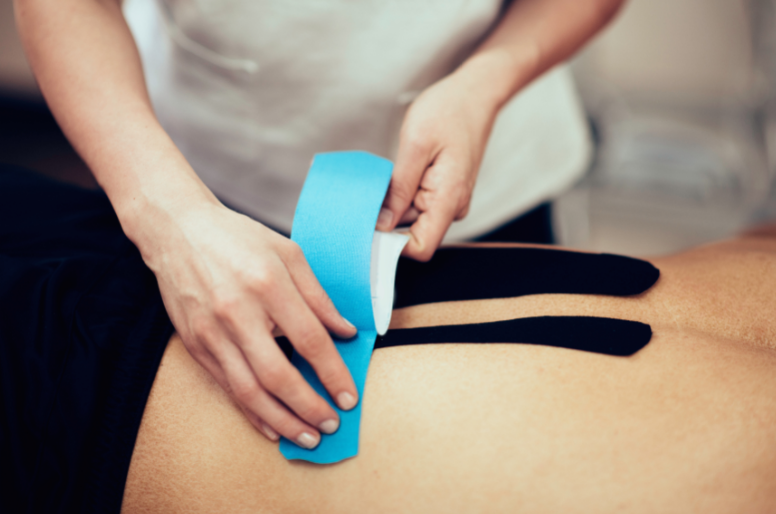 The final argument against taping which I want to mention is the question of if they are injured, should they be doing sport or activity at all? Well, we all know people, ourselves included probably that have performed or gone to work when in pain or injured. It’s a question of perspective and very situational.

For example, if a runner comes to me 2 weeks from a marathon that has trained for 20 weeks and has a minor calf niggle that tape may help them get to the start and finish line (coupled with adjustments in training and race strategy potentially), then tape may well be an appropriate treatment. However, if they come to see me 2 weeks into a 20-week programme requesting tape to simply train, then it is not appropriate, and we need to discuss other options in my opinion. 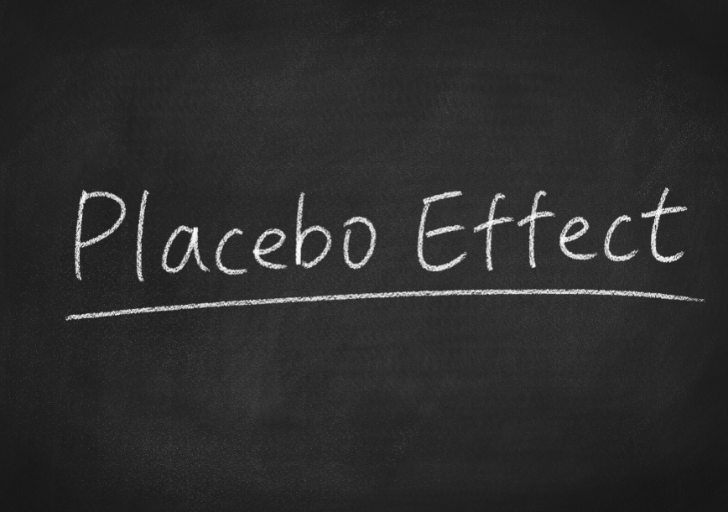 Then finally to discuss the elephant in the room – the placebo effect. This much maligned and negatively perceived concept. Why should we see this as always as a negative? The real negative side of the power of placebo is when it is manipulated to mask or account for some fictitious magic or voodoo that is not really occurring, but is being attested to as the real reason something is helping someone recover or gain relief.

It is often the narrative given by a therapist and not the treatment itself that encourages the aforementioned negatives. If and when I apply tape I strongly educate the athlete or patient on the evidence base as it stands, good and bad, explain it may well be placebo, and perhaps most importantly – this will only be a short term solution to facilitate more important factors and any potential benefit probably involves an element of placebo, but so be it, and we can use it to assist us achieving our desired outcomes.

I Explain it works for some and doesn’t for others. When it works, I play on the fact that nothing sinister or serious can have been happening as simple piece of sticky tape helped, and if it doesn’t help, I explain its just sticky tape and let’s try something else or continue with the bigger, more relevant aspects of treatment we are more concerned work.

K-tape is not for everyone and its application does need to be considered as to when and who to use it with and why. Most importantly it must be the honest and forthright narrative of how and why it may or may not work based on the current evidence that should be the primary thought from the therapist.

But I feel comfortable using and advocating the use of K-tape at this time as a simple, safe and relatively low-cost treatment that can help may people across many fields of healthcare to facilitate pain reduction and increase activity as part of a holistic and progressive treatment regime.

Please visit SportsInjuryFix.com to find a therapist who uses K-tape as part of a holistic treatment regime to help you get fixed and not frustrated.